Lighting pro adds a glow to the holidays

Kathleen Whitman wanted to decorate her new Glenview house with exterior lights for the holidays. But she didn’t like the idea of her husband, Charles, on a 32-foot ladder. Nor did she want him to sacrifice valuable weekend time with their children. “It wasn’t worth his time or safety,” she says.

So, Whitman took a neighbor’s advice and hired Kelly Fitzsimmons and her Chicago-­based Light Up Your Holidays crew. In November, they strung lights on the front of the Whitmans’ house and their bushes. In January, they will remove the lights and store them until next year.

Fitzsimmons, 33, founded her 2-year-old business after learning a friend had set up a similar one in the southwest suburbs. “He told me he had so much business, he was turning people away,” she recalls. 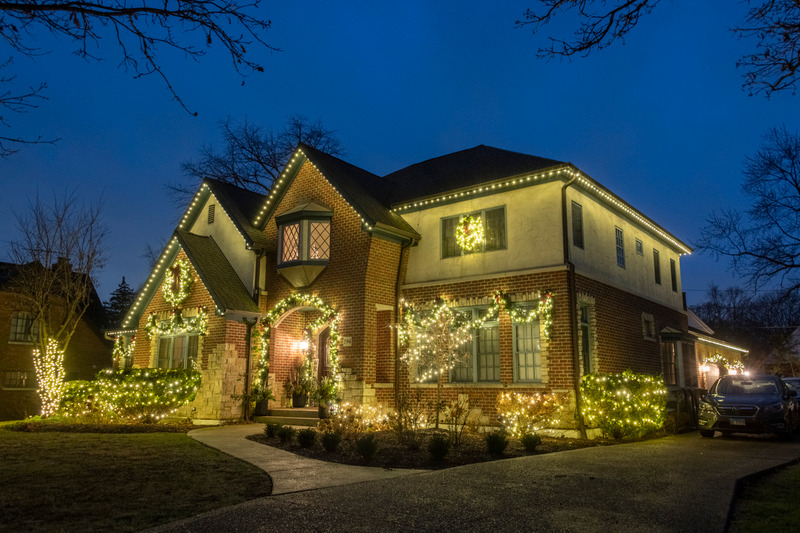 A marketing consultant for small companies, Fitzsimmons knows a business opportunity when she sees one. Now, three months out of the year, Fitzsimmons runs her own seasonal business.

Fitzsimmons’ client roster was 35 in 2002. This year, it is 70 and growing. She’s taking names of those who want to be called next fall. Her job roster al· so included a pro bono job-dee• orating a homeless women’s shelter operated by the Pala• tine-based Wings Program.

Fitzsimmons uses her Website, http://www.LightUpYourHolidays.com, to introduce her business to prospective customers. Clients who agree with the site’s “Ten reasons why” they should hire her call her for estimates. 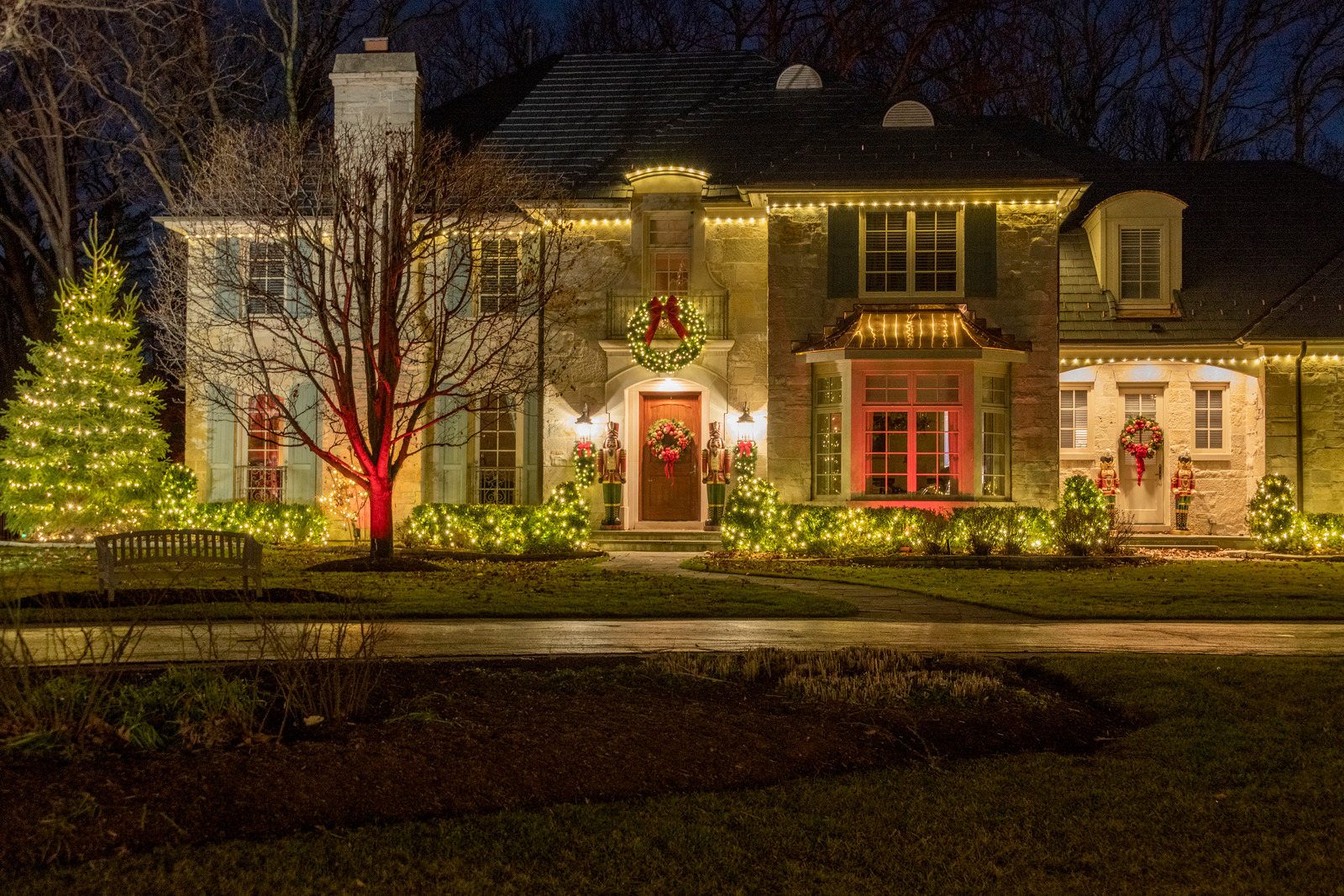 Before she writes an estimate, she visits the client’s house or condo to measure and suggest lighting options. “l try to steer them to a classy, rather than gaudy, look,” she says.
Most clients opt for what she calls the “gingerbread-house look.” For a two-story house, that includes outlining the front of the house and the windows, plus lighting the front trees and bushes
Although Fitzsimmons offers several colors of lights, she says most people want white. She us• es commercial-grade lights, which are brighter and more durable than the home-center variety.

Fitzsimmons’ crew consists of roofers and exterior painters, all accustomed to working from ladders. Her fluency in Spanish, which she learned while living in Guatemala in the early 1990s, comes in handy; half her crew is Spanish-speaking.
On wooden houses, they use 7/16 inch staples to attach the strings of lights. On vinyl- and aluminum-sided houses, they tuck the wires under the upper most clapboards. On brick and stucco houses, they use tiny, plastic wire clips that they at­tach with hot glue. The crew works from 7 a.m. to 8 p.m., seven days a week, mid• October until mid-December, to install the lights. Then, except for replacing broken lights, they are off-duty until mid-January, when they return to remove the lights. They work during rain and snow, stopping during thunderstorms and when conditions become too slippery. During the holiday season, Fitzsimmons lives by ·internet weather reports.
“For a few months, it’s work, sleep, work, sleep,” she adds. “It’s stressful and exhausting, but I’ve found that being outside all day means I sleep well.”
After they attach the lights, they install an automatic timer outside the client’s house. During the holidays, Fitzsimmons checks her email and telephone messages daily for homeowners messages about broken lights. She replaces them within 48 hours Installation takes five to 14 hours per house. Removal takes one-third of that time. 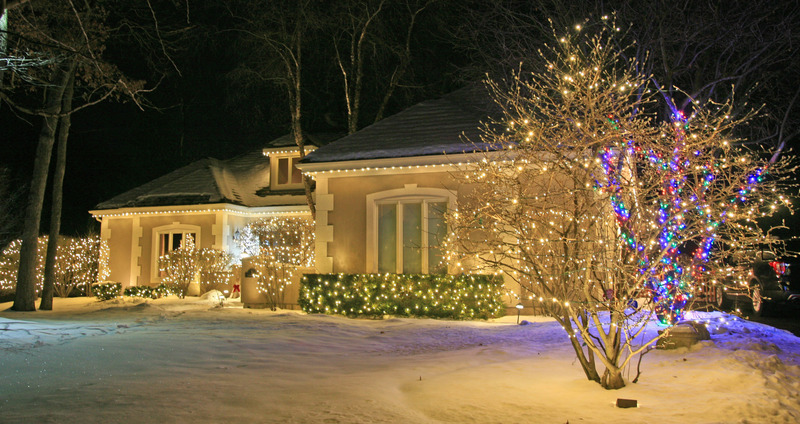 The most difficult installations, she says, are at homes with deep foundation plantings that leave little room for the ladder. . Fitzsimmons’ clients rent the lights from her, so they don’t have to store them off-season.
Her fees vary from $500 to $2,000, depending on a house’s size. That includes installation, removal, repairs and storage. Lighting just porches or plantings costs less.
To spread the word of her new business, Fitzsimmons hung fliers on doorknobs, bought newspaper advertisements and posted notices on grocery-store bulletin boards. But one-third of her business arrived by refer• rals. “Especially after dark, neighbors watch us hang the lights, then ask for my fliers,” she says. 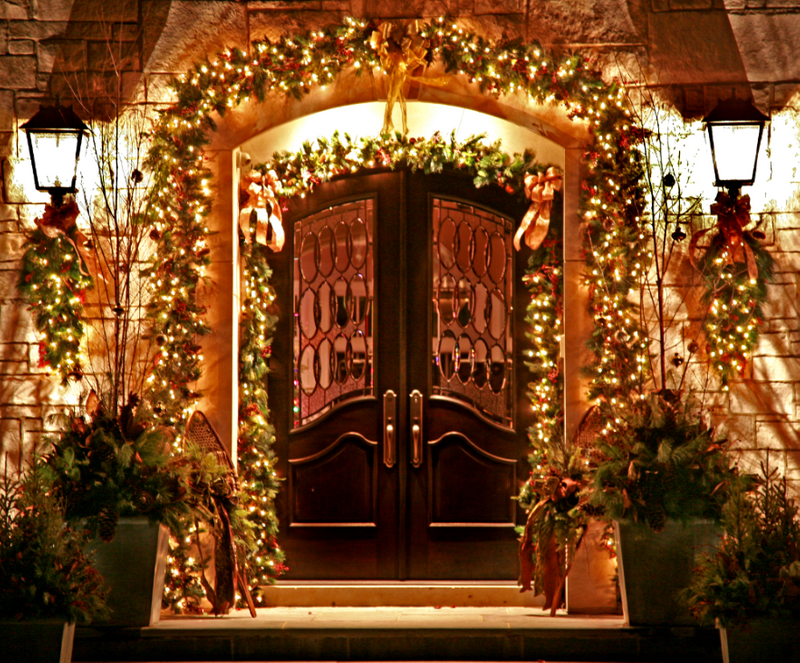 Fitzsimmons learned the tricks of her trade from Dan Ra­kowski, her friend with the holiday lighting business. She learned the maximum number of strings to link without blowing a fuse, how to keep the strings straight and how to avoid dark pots by making sure all the bulbs face the same way.
Fitzsimmons is considering adding fresh wreaths and rop• ing next year, thanks to clients’ requests. “They tell me they want one-stop shopping, that they just don’t have time to do it all,” she says. Her service also saves on arguments that seem to occur when hanging lights, she says. Fitzsimmons jokes that her company motto should be: “We save marriages and lives.” For more information, con· tact Kelly Fitzsimmons at 773-398·7551, or visit http://www.Light• Up Your Holidays.com. 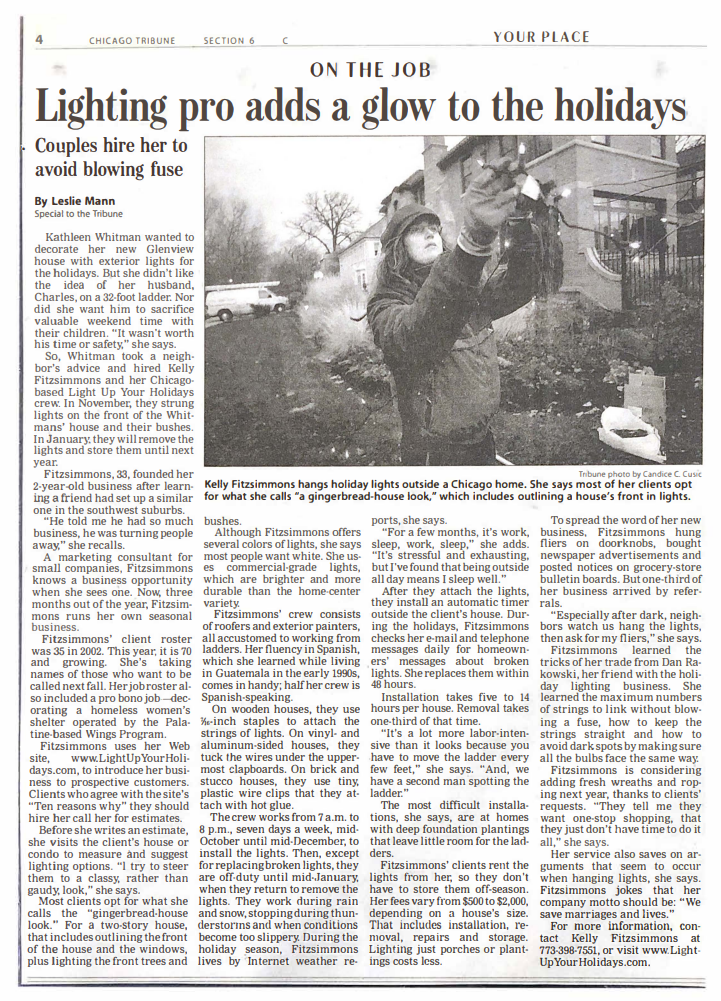 We Received your design request!
SCHEDULE YOIUR ZOOM
DESIGN CALL
to view your custom design & pricing
EMAIL US TO SCHEDULE
Projects Start at $1100

THE NEXT
STEP
We Received your design request!
SCHEDULE YOIUR ZOOM
DESIGN CALL
to view your custom design & pricing
EMAIL US TO SCHEDULE
Projects Start at $1100
Request your
custom holiday
design & quote
Let us inspire you with an elegant design of your home

We'll look up your home online and digitally design it with our holiday decorating software to show you your custom lighting options.
We provide the décor and you keep the memories.
once you submit your request
The next step is to SCHEDULE
your ZOOM design consultation
(look for your email invite)

We'll look up your home online and digitally design it with our holiday decorating software to show you your custom lighting options.
We provide the décor and you keep the memories.
once you submit your request
The next step is to SCHEDULE
your ZOOM design consultation
(look for your email invite)

WOULD YOU LIKE TO ENJOY AN INCREDIBLE OUTDOOR HOLIDAY LIGHTING EXPERIENCE?

You have Successfully Subscribed!